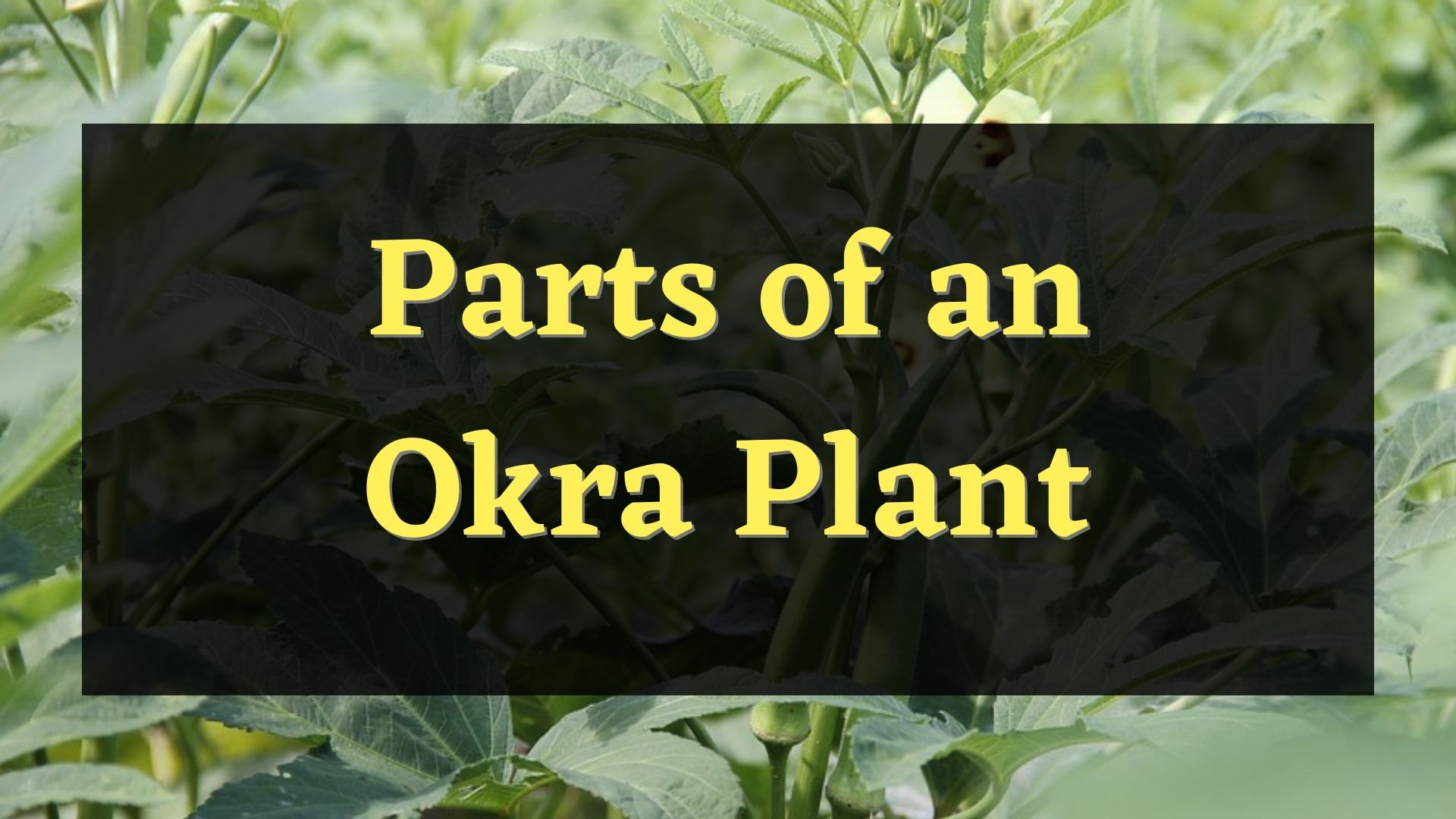 In this blog post, I will tell you about the parts of an okra plant and will provide a little description of each part and its functions. By the end of this article, you will have learned a lot about this plant.

What are the parts of an Okra Plant?

The fruit of an okra plant is elongated and pointy at the end. This shape resembles a finger of a woman, hence its alternate name, the ladies finger. The base of the okra fruit is shaped like a lantern, and its colors range from dark green to light green. The okra fruit has ribs that have seeds inside them and is considered a mucilaginous vegetable.

Inside the okra, the pod is the seeds that are used for the okra plant’s reproduction. These seeds can be planted to grow a new okra plant. Not only its fruit but also the seeds are also edible and have a slimy feel on the mouth. In Asia, okra is traditionally mixed in Asian cuisines or dishes and sometimes eaten raw. However, in Western countries, okras are used as a soup thickener.

The okra plant’s flower petals are yellow in color with a hint of red in its center that greatly resembles a hibiscus. Its flower is a little bigger in contrast to the plant’s size. The okra flowers are very brittle and short-lived as they fall down very easily from the plant. These flowers fall after a day of fully blooming leaving behind a green nub that will eventually become the okra fruit or seed pod that can be harvested within just a few days.

An okra plant’s flower is very important as it is the one that produces edible seed pods that can also be used for the okra plant’s reproduction.

The okra plant’s leaves have different sizes and shapes. Some of them are heart-shaped, some are oblong with sharp edges, and some have hand-like lobes and range from 7 to 15 cm in length. It has vibrant green colors that are covered in small spines and have tapers to a point on its end. The okra’s leaves have 5 to 7 lobes on each steam and each of the okra plants grows their leaves alternately.

The okra root is the part that is buried beneath the ground. Aside from the okra’s tap root, it also has support roots that are capable of burying themselves deeper into the ground if taken properly and are constantly supplied with water. An okra plant having roots that are buried more deeply underground is very useful as it will help in supporting tall okra plants.

An okra plant has erect stems that are small in diameter. It also produces many little hairs that make the plant a bit rough on the surface. The main purpose of the okra’s stem is to be the anchor that supports the whole plant from top to bottom. It also acts as a passageway for the water and minerals that the roots absorb and store or distribute evenly to the other okra plants.

Okra branches are the ones that sprout sideways from the stem. A branch of okra is very smooth and soft. It is the one that holds the okra’s leaves and its fruits. Some of the okra plants shoot their branches upward and not sideways. The okra branches’ position varies from one okra plant to another.

What parts of okra plants are edible?

In addition to its fruit, the okra plant’s leaves, seeds, and flowers are also edible part of it. Although pretty much uncommon, its young leaves can be cooked the same way as they cook spinach. Its seeds can also be ground and used as a substitute for coffee. The flowers are popularly mixed in some traditional dishes or cuisines.

What is the slimy part of okra called?

When eaten, the okra fruit has a very slimy and gooey feeling. It is because the okra fruits are known as mucilaginous. The slimy part of the okra fruit is “mucilage” and contains a soluble fiber that is also digestible.

Is Okra and Lady Finger the same?

Okra also has an alternate name which is Ladies Finger due to its appearance that is very similar to a ladies’ nails that are very pointy. Okra is commonly used in the US and Philippines while the Lady Finger name is an English term that is used outside of the mentioned countries.

Okra plants are very similar to other common plants. Has the basic parts of a stem, leaves, roots, branches, and fruits. However, each of these parts has very different characteristics from any of the other plants. And just like any other plant, every part of this plant is necessary for the plant’s survival. Each of them has its own function that is very vital for the plant’s development and survival. 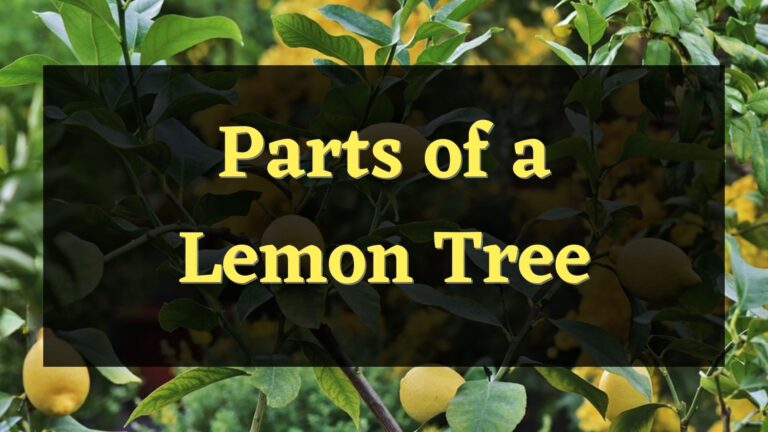 Are you curious about the parts of a lemon tree? In this blog post, I will write about all of its parts and their functions that are vital for the tree’s growth, survival, and reproduction. I will list every part one by one and add general information about them so that by the end of… 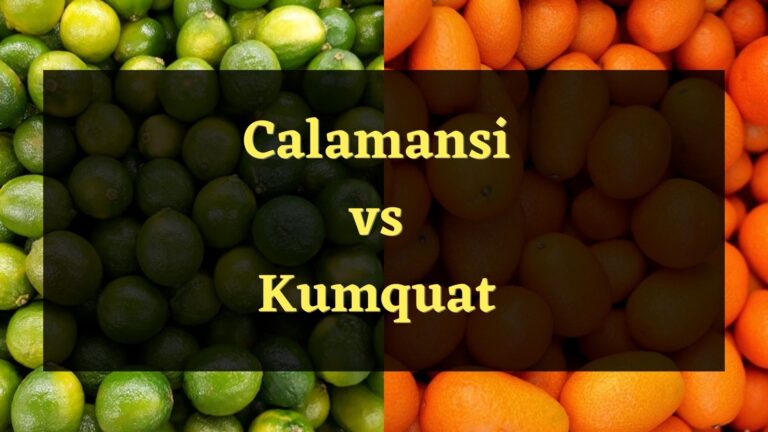 Calamansi and Kumquat belong to the same family. They also have almost the same benefits. But what are the differences between calamansi vs kumquat? That’s what we are going to discuss in this article. We’ll take a glimpse of the exquisiteness of these fruits and learn to discover their essence to our health. About Calamansi… 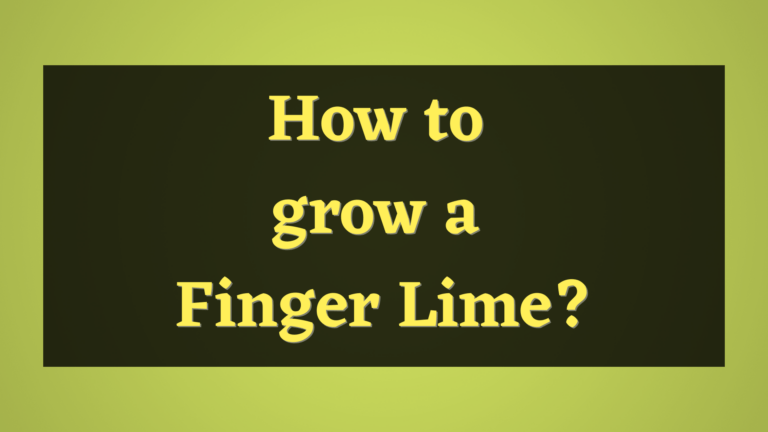 In this blog post, I will write everything you need to know about how to grow finger limes. There are many ways to grow a finger lime tree. You can either start it from seeds or by using cuttings from an adult tree. I will explain the procedures on how to effectively grow a healthy… 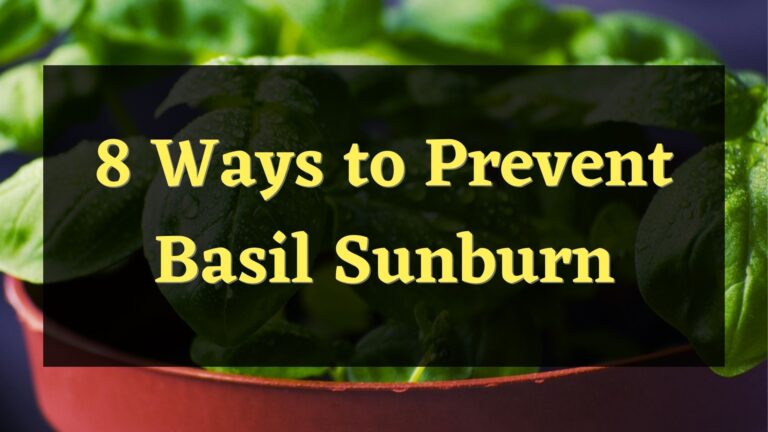 Basil sunburn is a condition where the color of basil leaves turns dark brown or yellow and its texture becomes dry and crispy. It occurs when the amount of sunlight, air, and water that it gets is not balanced properly. Too much sunlight and not enough water makes the basil plant more susceptible to sunburn…. 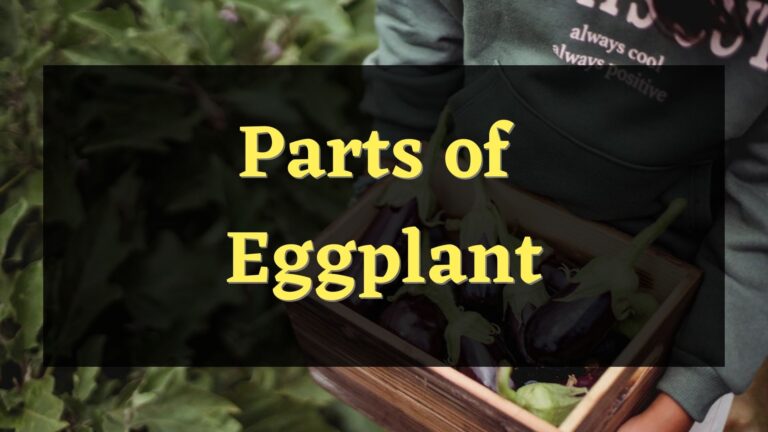 Are you interested in knowing more about eggplant parts? Then this blog is for you. In this post, I will tell you about the parts of this plant, their characteristics, and their uses. After reading this article, I hope you find out everything that you wanted to learn about its parts. So, let us get… 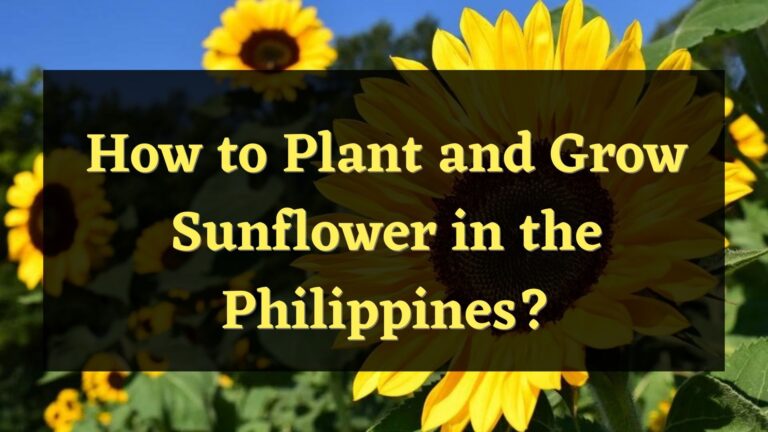